History and Community: Celebrating the Deaf LGBTQ+ Community During Pride

History and Community – Celebrating the Deaf LGBTQ+ Community During Pride

Happy Pride Month! 50 years ago, LGBTQ+ (Lesbian, Gay, Bi, Trans, and Queer) communities could not live as openly as they do today without fear of harassment. Back then, members of these communities had a few places such as bars where they could socialize and feel safe. However, these establishments were subjected to frequent harassment by police. But thanks to the fearless bravery of Black (and white), trans and bisexual womxn, many more LGBTQ+ community members can now show the world that they’re proud to be who they are! 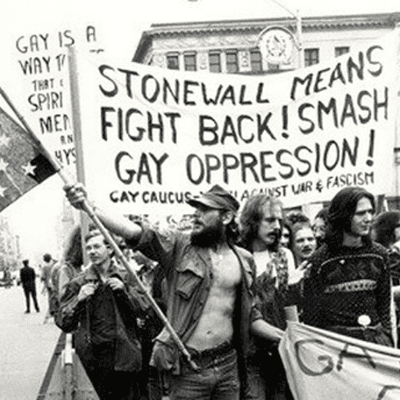 Stonewall and the Fight for LGBTQ+ Equality

In the early hours of June 28th, 1969, police raided the Stonewall Inn, a gay club in Greenwich Village of New York City. Marsha P. Johnson, a black, trans, and bisexual drag queen, and Sylvia Riveria, a latinx, trans, woman, decided they’d had enough. They actively resisted police arrest, and sparked a riot. Bar patrons, staff, and neighborhood residents rallied together in the streets to protest unfair policing. They demanded that LGBTQ+ establishments be left alone so that people could be open about their sexual orientation without fear of arrest.

The unrest lasted until July 3rd, and by that time activists mobilized to create even more safe spaces in the community. Within 6 months, the movement was organized into a full-fledged political campaign that aimed to promote rights for gays and lesbians. One year later, bisexual activist Brenda Howard, otherwise known as “The Mother of Pride,” organized the first Gay Pride Week and the Christopher Street Liberation Day parade. This event became the modern-day New York City Pride March – which would eventually expand into Pride month. 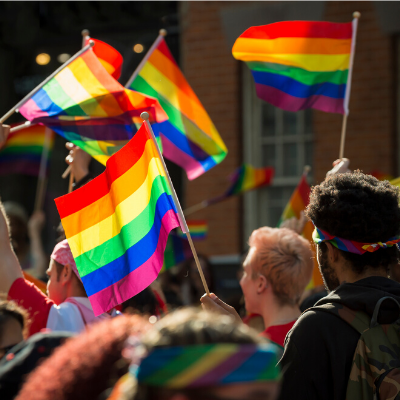 Pride Month is celebrated in June to pay homage to the many activists that have pushed for the LGBTQ+ community’s civil rights. During Pride Month, we also recognize the impact that lesbian, gay, bisexual, and transgender individuals have had on history locally, nationally, and internationally. To learn and share more about the contributions of this colorful community, check out the sources below: 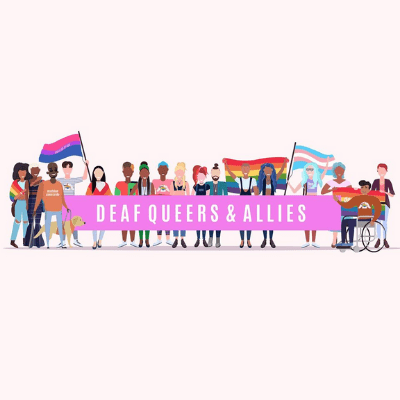 Online Groups and Communities for Deaf LGBTQIA and Allies

The Deaf, DeafBlind, DeafDisabled and Hard of Hearing communities also have a significant number of folks with intersectional LGBTQ+ identities. If you are looking for safe online spaces to explore your intersectional identity or connect with friends and allies, consider joining these Facebook groups.

*Be sure to read the rules and conditions carefully before requesting to join (RTJ), and as always, be respectful.

Although civil rights for the LGBTQ+ community have come a long way, there is still much work to be done. Online communities are an excellent way for people to connect in a safe space. Not everyone respects these boundaries. Be sure to support one another by being respectful by being anti-racist, anti-transphobic, anti-homophobic, and anti-bullying.

Check Out Online Communities for Deaf Asian and Pacific Islanders