Happy Indigenous/Native American Heritage Month! Each November, people across the United States celebrate Native cultures and achievements and bear witness to the difficult history of colonization of Native American peoples by white settlers.

The tradition started in 1986 when President Reagan established “American Indian Week” to run from November 23-30th to line up with the national holiday of Thanksgiving. Since the 1990s, each President has issued a November statement to honor Native people and culture. Eventually, the practice became the month we celebrate today. 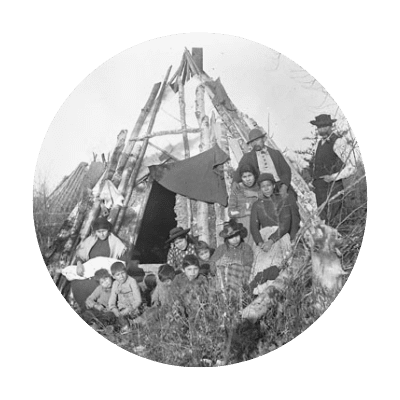 Native Americans in the United States

According to the National Congress of American Indians, there are 574 federally recognized “Indian Nations” (also called tribes, nations, pueblos, communities and native villages) in the US. Two hundred twenty-nine (229) of them are in Alaska; the remaining 345 are spread across 35 other states. There are also additional tribes throughout the US who have state, rather than federal, recognition. One of the largest indigenous groups without federal recognition are Native Hawaiians. “Unrecognized” status can make it difficult for to obtain federal funding and treaty protections.

As reported by the American Indian College Fund, only 14% of American Indians aged 25 or older have a college degree – less than half the national average. While there were once at least 300 known indigenous languages spoken across America, only 175 remain today. Many of these languages were eradicated as a result of colonization. 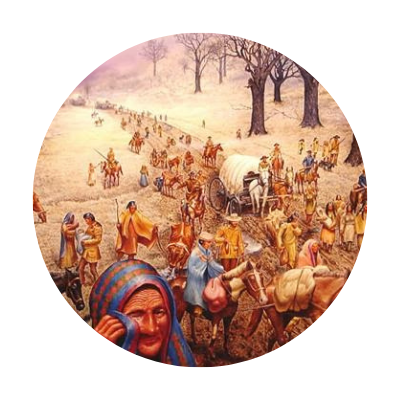 Photo from How I Met Your Founding Fathers

European settlers, and later American government, often clashed violently with Native powers. Systemic exploitation, murder, and violence toward Native populations was common. It’s estimated that 55 million indigenous Americans were killed by violence or European-carried diseases like smallpox between 1492 – 1600. Between 1772-1883, the colonists and the US Government entered into over 370 land and sovereignty treaties with Native populations. Most treaties were broken or ignored in white settlers’ desire for expansion.

Perhaps the most famous instance of US government-led abuse is known as the “Trail of Tears,” forced marches of tribes from the Southeastern states to US government-established “Indian territory.” The complete trail, which is actually comprised of several different routes, is 5,043 miles long and stretches across Alabama, Arkansas, Georgia, Illinois, Kentucky, Missouri, North Carolina, Oklahoma and Tennessee. At least 5,000 Native Americans are estimated to have died from disease, hunger or exhaustion on the journey. Originally, “Indian Territory” was considered everything across the Mississippi River. Today it is made up of 56.2 million acres split up into 326 semi-sovereign tracts known as reservations.

In 2009, President Obama issued an official apology from the US government for this and other atrocities against indigenous Americans. Yet there is still much more we can do to acknowledge the many contributions Native peoples have made, and toward remedying the broken promises of the past. 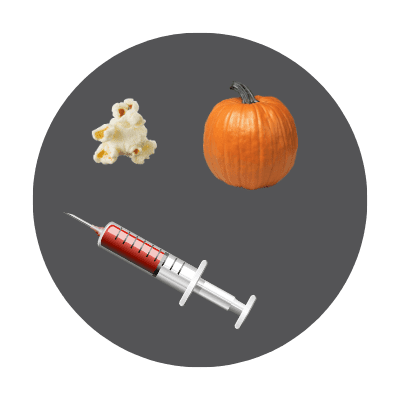 There are numerous Native American contributions to modern science, medicine, and culture. Some examples are baby formula, syringes, popcorn and chewing gum. Many of the crops we now grow in the US, like pumpkin, squash, sunflowers, peppers and corn were grown first by indigenous people who taught the European settlers how to cultivate them.

Ben Franklin is even said to have credited the idea for the US government—a balancing act between federal and local control—as inspired by the Iroquoian League of Nations. 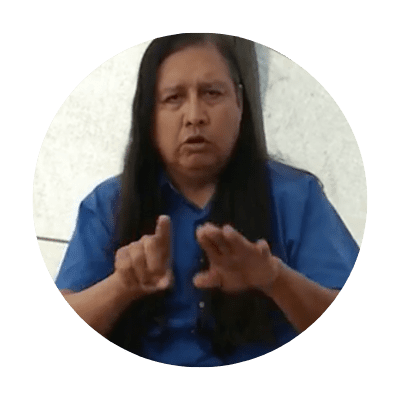 Long before American Sign Language, there was indigenous “Hand Talk,” known today as Plains Indian Sign Language (PISL). Spanish settlers first noticed and documented its use as far back as the 1500s, but it’s likely that the language existed for much longer, given the 30,000 year history of Native people in North America. PISL was a language developed across tribes, particularly among the nomadic or semi-nomadic tribes in the Great Plains, so that people could communicate between tribes and across long distances. It contains about 1700 signs.

PISL was also the first language of many Native deaf people. While it is still used today by a small number of d/Deaf and hearing people, ASL has overtaken PISL in Deaf education settings. PISL is now considered an endangered language.

Native Hawaiians have their own distinct sign language, too. In use since at least the 1800s, it was formally recognized as a language separate from ASL in 2013. Hawai’i Sign (HSL) is also endangered, with only a few bilingual HSL/ASL speakers left. While Native Hawaiians are not recognized as a tribe by the Federal government, they have suffered many of the same indignities.

Watch a comparison of PISL and ASL

Watch a comparison of HSL and ASL 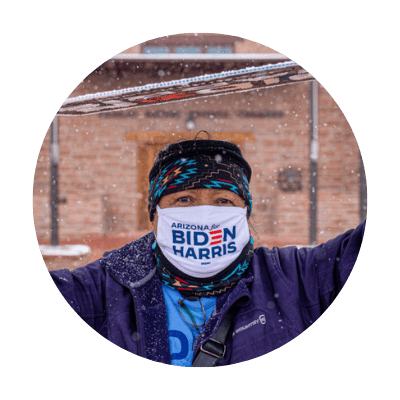 Native Americans and the 2020 Election

In November 2020, a record number of 6 Native people were elected or re-elected to the House of Representatives. Republicans representatives are Cherokee members Yvette Herrell and Markwayne Mullin and Chickasaw Nation citizen Tom Cole. Democrats include Deb Haaland of the Laguna Pueblo, Sharice Davids of the Ho-Chunk Nation, and Native Hawaiian Kaiali’i Kahele.

Get out the vote activists note that the Navajo Nation, 6% of Arizona’s population, voted overwhelmingly for President-Elect Joe Biden, aiding his victory in that state. Native Americans have always faced extreme voter suppression, so this increased access to voting, thanks to the hard work of the Rural Utah Project and other organizers, has been an historic step in the right direction. 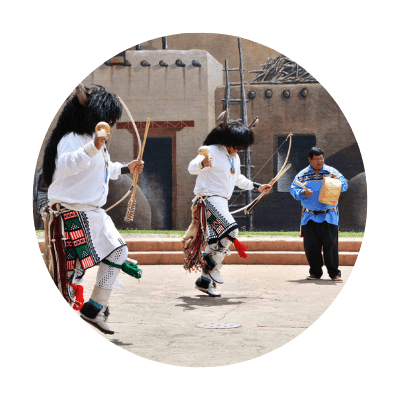 Deaf Native history is American history. According to First People’s Voices, a deaf man named Black Coyote may have been the first victim of the 1890 massacre at Wounded Knee. He refused to surrender his rifle during a raid conducted by American soldiers, and was shot for “ignoring” their orders.

It’s difficult to know how many indigenous people are Deaf and hard-of-hearing, but it’s believed that the prevalence of deafness is higher among Native peoples. A National Center for Health Statistics 2006 survey shows that more 1 in 4 Native people over the age of 18 report some level of hearing loss.

Judy Stout, a Deaf member of the Lumbee tribe, spoke with pride about her upbringing in Pembroke, NC, the Lumbee tribal seat where Native people have a great deal of independence. Still, Stout noted that for Deaf Lumbee people, and Natives everywhere, there are additional challenges. For example, children sent to Deaf schools risk losing their Native traditions by being away, though Stout noted some institutes in the western US today actively work to help students maintain their culture. On the other hand, students mainstreamed at Native schools often have unqualified interpreters, so their education is not equal to their hearing peers. This makes it difficult to get a job later, as well.

“Native people tend to keep their Deaf children at home and shelter them, or have them learn a trade. I’m grateful to my parents, who sent me to Deaf school at age 11. Before that, I was mainstreamed with no access. I couldn’t read or write. I was a skilled artist, and I could write cursive, but I didn’t have language.”

When she arrived at NCSD in Morganton, she was surprised by an all-white class of girls who talked with their hands. “I picked up sign language in a few weeks, but I struggled with reading and writing that first year.” Fortunately, Stout had a teacher who saw her intelligence and tutored her after school. “It was torture at the time because my friends were all playing outside, but I caught up with my classmates so I’m thankful.” Stout says in addition to that teacher, her strong foundations in creative thinking are what helped her succeed. “It was art that saved me, and helped a lot the creative side of things.”

Stout went on to get her Master’s in School Guidance from Gallaudet, in order to advocate for Deaf and Native Deaf students’ education.

Stout and other Deaf Lumbee are planning to create a new sign that reflects the Lumbee tribe as “people of the dark water,” instead of signing the more general “Native.”

Watch Judy Stout tell a Lumbee folktale,  about how the hummingbird brought back tobacco.

In South Dakota, CSD provides assistive equipment, communication assistance and internet subsidies to consumers statewide, including the 9 Native nations within the state. In addition to this, many Native communities nationwide have limited access to clean water, healthy food, and healthcare.

This is why the COVID-19 pandemic has hit Native communities especially hard. The CDC says Native people are 3.5x more likely to contract COVID-19, and are also at increased risk for severe outcomes. In response, the CSD Unites Foundation awarded a micro-grant to Arizona State Schools for the Deaf and the Blind (ASDB). ASDB used the award to provide food, medical services and educational resources to D/HH students and their families in the Navajo Nation.

You can support Native communities through the pandemic by making a donation to one of these organizations: 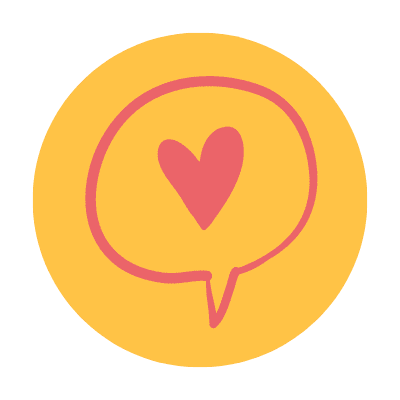 To learn more about a part of American history and culture that is too often ignored, check out the National Park Service’s calendar of events for the month. Or visit one of these indigenous organization’s sites to read on about the rich histories and cultures of the first people in North America.