The Federal Aviation Administration (FAA) regulates pilot certifications. Our community has a rich history of Deaf aviators, including Rhulin Thomas, who flew coast to coast in 1947. This led to him receiving a medal at the White House.

Unfortunately, Rhulin lost his pilot’s license in 1947. The rise of radio communications meant that Rhulin and generations of Deaf pilots that followed him were excluded from flying many types of planes starting in 1947, simply because they could not use radio equipment on those planes.

By demolishing the artificial barrier created by radio equipment in 1947, Deaf pilots will again take to the sky unencumbered by the restrictions that, today, only allow them to fly where they do not need to communicate with air traffic control.

Do you want to tell the FAA that you support these changes? Sign the petition, here!

I have the honor of representing Deaf Pilots’ Association as a private pilot and as president. We are the face of fighters and doers. We overcome extra challenges to succeed in a very hearing-dominated industry, one that has largely dismissed and discouraged us, historically. That alone shows that we are capable of handling high-stress environments, and that we have the competency to problem-solve issues on a regular basis. We have consistently proven our level of ability to be perform at a level equal to or beyond our hearing peers. This type of tenacity and focus should be on FAA’s radar as a highly sought-after group of pilots to consider as professional pilots. It’s time to break the “sound-barrier! 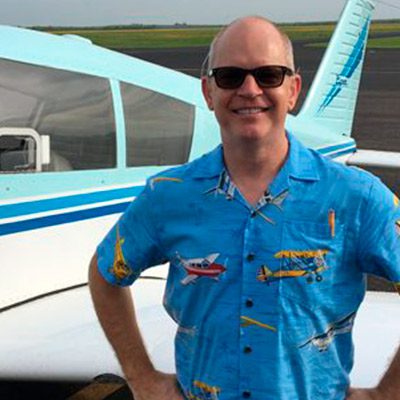 I am a licensed Deaf private pilot. Flying has been a lifelong dream of mine but, currently under FAA regulations I’m not allowed to pilot for big passenger airlines. If the technology to provide me with all of the important information was safe and available, would you trust me to fly for you?

Learn More About Our Let Us Work Campaign

Learn More
Join us in mobilizing resources for our deaf communities!